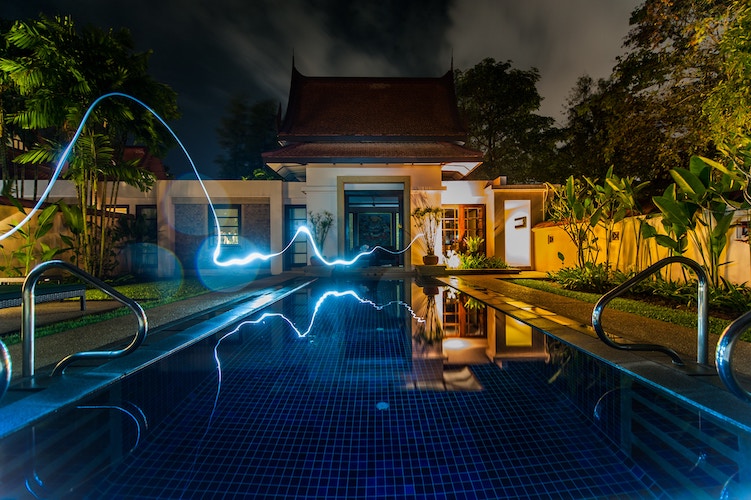 As the sun rises in South Africa, a local resident reaches for their smartphone and opens the app that’s become the lifeblood of their home. By controlling the IP-enabled blinds to flood the room with sunlight before switching the kettle on downstairs, they climb out of bed and are greeted with a stream of updates about how long their commute will take based on today’s traffic.

As they’re eating breakfast, they’ll watch a video from their favourite streaming service. All the while, the app that acts as the central nervous system for their connected home is monitoring, adjusting, and tailoring their utilities usage based on artificial intelligence that’s able to intelligently reduce consumption and save them money.

The future starts with water

It might seem farfetched or like the start of a sci-fi flick, but this version of modern living isn’t that far away. And its viability timeline is being advanced because of how quickly we’re using water.

In many regions around the world, from South Africa to Nevada, water consumption needs to be carefully managed in order to prevent drought. Much has been written about how certain regions are running low on water stores. Levels aren’t being replaced, which is going to hit industrial and agricultural output. Even government mandates to reduce consumption aren’t having the desired effect.

It turns out that getting people to use less water of their own accord is difficult. Instead, the answer to this challenge lies with automation, which is supercharging the speed at which we’ll start to see our homes becoming truly smart.

The reason is that tackling a problem like water consumption depends on data. Utilities companies need to know how much water the average home is using, what sparks periods of higher consumption, and where there may be issues on the network such as leaks. They’ve got some of this data already from meter readers and other ‘dumb’ insight tools. But AI and data analytics can take this several steps further.

Consumers stand to benefit too. With insights into how they’re using water and other utilities, adjustments can be made in real time to their supply. Recommendations can also be given for how changing their habits will dramatically lower their bills. It’s a dual effort, incorporating prevention and the cure. And it’ll be driven by a mobile app.

Once a utility company has a customer on the hook in this regard, they’ve then got a route through which to move beyond a pure utilities play. As I referenced in my last piece regarding the shift from service provider to smart home provider, there’s an opportunity to upsell the household on more ‘smart’ capabilities such as connected home security, smart appliance control, and more, with the benefit being that it’s all managed through a single, centralised mobile app – which will become the smart home hub of the future.

Where does media technology fit in?

You may be wondering what this has to do with the broadcast industry. Well, it’s a question of access, and it’s split into two distinct areas:

1. Utilities companies will want to control the experience from end-to-end. But there will be many situations where they’ll need to partner with a service provider that already has strong ‘smart’ roots into the consumer’s home. Mobile operators and ISPS are these players, and they have an existing foothold that’s primed and ready to be capitalised upon.

2. Utilities providers will need to bring this capability to the market by using an underlying technology platform that can not only connect all smart devices together into a mesh network of tens of thousands of users and devices but can also reveal the insights needed to automate action based on advanced data analytics.

The platform for success

In both cases, the platforms that have helped huge data-driven organisations like mobile operators and internet-service providers to manage this at scale when it comes to services such as streaming video are in a powerful position.

They hold the keys to the kingdom; whether that’s the personalisation capabilities to individually tailor access and control for individual consumers at scale, the inherent platform security to prevent unauthorised access, or the cross-platform support required to tap into any connected device.

Of course, building smart communities around certain issues, such as chronic water over usage, are the building blocks for smarter cities too. Putting a big data analytics platform in the hands of organisations that control the delivery of our utilities is an easy way to gather more data at scale, in real time.

When you consider that these platforms are already present in the home when it comes to streaming services, it’s not a big leap to consider how they’ll soon be expanded upon to serve a much broader set of use cases.

Photo by Ihor Saveliev on Unsplash