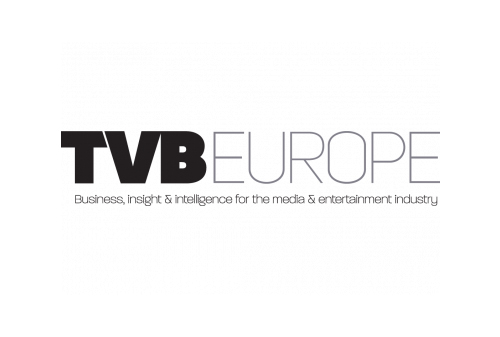 Nick Fitzgerald, chairman at TV2U, discusses how broadcasters need to take a new approach to combat this ongoing challenge.

While content piracy has always been an issue, the advent of digital has driven it into the mainstream. According to research from the Intellectual Property Office in 2016, a huge 15 per cent of UK users aged over 12 (nearly 6.7 million people) viewed pirated content in the last three months. In Europe, the situation isn’t much better, with ten per cent of those over 15 admitting in an EUIPO survey that they intentionally accessed pirated content online. These figures are even higher amongst younger viewers; 27 per cent of 15-24 year olds stated they accessed content from illegal content sources. What’s more, the stark findings don’t account for those who might have lied about their viewing habits, making it likely that the real figures are much larger.

The threat of VPNs

Content piracy has been hugely supported by VPNs, which have made it far easier for consumers to view content they shouldn’t. As well as hiding internet activity from service providers, VPNs can trick a website into thinking you’re in a different country. As a result, users can avoid content restrictions and access material they haven’t paid for and which they might not have a right to view because of their location.

This has created huge problems for rights holders, resulting in broadcasters and OTT players using a number of tactics to curb VPN’s effectiveness. The BBC, for example, has begun using device tokens and encoding technologies to identify viewers and map their activity.

Another particularly powerful approach has been to improve the overall user experience. When OTT services like Netflix offer access to a wealth of content for a low monthly fee, viewers are less inclined to consume pirated content. In fact, 83 per cent of Europeans have said they prefer to obtain digital content through legal and authorised services, and not to use illegal means. This is also a three per cent increase since 2013, showing a shift in attitudes.

But despite this, with eight per cent still saying they wouldn’t necessarily go for the legal option even if it was accessible and affordable, creating a compelling user experience alone isn’t enough to stamp out piracy.

One method that has proved effective for curbing VPN usage is geo-blocking. Used by many OTT providers to stop users accessing content because of their geographical location, geo-blocking is a step in the right direction to mitigating piracy.

Another tactic is to automatically cut access to a tunnelled connection, which is used to create a VPN between two remote locations, by monitoring the IP addresses that access their services, and comparing them to a ‘black list,’ known as tunnel hubs. But this isn’t without its problems. For example, if a consumer uses a new VPN that isn’t currently on the black list, they can still evade the geo-blocks the service has in place, and watch content they shouldn’t be able do.

Fortunately for broadcasters, fraud prevention technologies have evolved to tackle these threats. VPN technology, meanwhile, hasn’t progressed at the same pace, meaning broadcasters can easily circumvent it without consumers even realising. This tactic was used by Netflix to its advantage when it looked to go global. By allowing consumers to access its content via a VPN, it was able to gain useful insights that helped it to determine which region to launch into next, giving it a competitive edge.

Tackling the threat head on

An IP address is no longer the only way to identify a user, as more effective alternatives are now in play. It’s this progress that has impacted and devalued the VPN as a means of evading content protection, which in turn can benefit broadcasters. To tackle the challenge posed by VPNs head on, broadcasters should utilise streaming platform providers that offer end-to-end delivery, meaning that each user’s access can be individually controlled. Known as unicast, this is readily available and easily accessible, and is a much more successful way of managing the consumer-provider relationship and has negated the value of VPN technology overnight when it comes to content piracy.

This pioneering technology allows operators to track an individual stream over any network, and can even pinpoint the user’s location down to a postcode. By only allowing legitimate traffic to access content via a firewall pinhole, and combining device authentication with server-side encryption, broadcasters can add a vital third layer of verification. If a user’s account details don’t match with the firewall pinhole that’s been open for them, the connection will cut out. The platforms are even able to track and identify every device as it accesses the network, from origin to viewing location, authenticating the server each step of the way. Not even scrambling the mac address of a device or using a VPN would be able to hide the location of a hacker that’s trying to illegally access the network in this way. Through this innovative approach, broadcasters can ensure that the right content is delivered to the right device, safely and securely.

Unicast technology is device agnostic and can be rolled out across STBs, connected TVs, PCs, tablets, smartphones – or any other device on which a consumer chooses to view content. Should an unauthorised stream arise, or a breach on the network take place, the content being streamed to that individual can be cut, without impacting the experience for other users. And having end-to-end visibility into each user’s connection to the service gives broadcasters a much better view into personalisation and data analytics too.

With statistics showing that consumers are overwhelmed with content, taking an average of 51 minutes to choose what to watch, there is a clear need to personalise content recommendations to help users find content based on their own preferences. As well as helping to tackle content piracy, an end-to-end subscriber connection feed can also support personalisation, which in turn helps to give broadcasters a valuable data stream to work with.

By gathering both historic and real-time user data, including when, where, and what content was watched, on which device, and for how long, broadcasters can gain much deeper insights into individual consumers. And since each connection is individually controlled, an approach such as this would allow them to inject tailored ads into the stream for much more targeted advertising, making this the next level of content protection and personalisation.

Thanks to technological advancements, broadcasters now have the opportunity to both tackle piracy and create new revenue streams. Therefore, while piracy may have had a long history, thanks to advances in content protection and personalisation, the industry is at last equipped with the weapons it needs to beat the pirates.